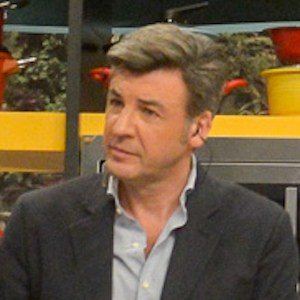 Celebrity chef who is recognized for having opened more than 13 restaurants throughout France and Chilé. He also served as one of the judges on the reality cooking program MasterChef Chile.

At the age of 15, he began training as a chef at the Paris Hotel School.

In 2016, he began working on the TVN show Muy Buenos Dias.

He has a son named Adrien Nahuel Alukemapu Yvin.

Diana Bolocco hosted MasterChef Chile during his time on the program.

Yann Yvin Is A Member Of