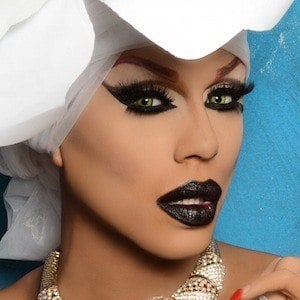 Drag performer and reality television personality best known as a cast member on the third season of RuPaul's Drag Race. He was a favorite among fans of the show for his fashion sense as well as his catchphrase, "Echa Pa'lante."

He was raised in the town of Manati on the northern coast of Puerto Rico. He got his start performing in drag at the Krash nightclub and earned a Bachelors of Fine Arts degree in Theatre from the Universidad del Sagrado Corazon.

He has appeared in the music videos for "Queen" by Xelle and "Werqin' Girl" by Shangela Laquifa Wadley.

His birth name is Gabriel Burgos Ortiz. He announced his engagement to Rubin Hancock on Facebook in February 2014. The couple later ended their relationship.

He competed with Pandora Boxx on season 3 of RuPaul's Drag Race.

Yara Sofia Is A Member Of