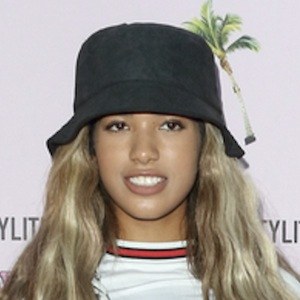 One piece of the four-person pop girl group Four of Diamonds which rose to fame as one of the group competitors on the thirteenth season of The X Factor. She is joined in the group by Lauren Rammell, Sophia Saffarian, and Caroline Alvares.

She has an eponymous YouTube channel where she has posted song covers of stars like Drake and Beyonce.

She hails from Manchester.

While competing on The X Factor, she and the rest of Four of Diamonds were mentored by Louis Walsh.

Yasmin Lauryn Is A Member Of