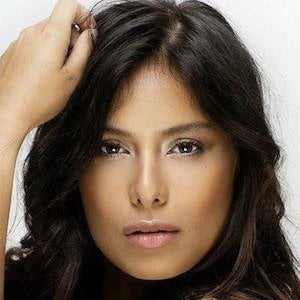 Dutch model and designer who was crowned Miss Nederland in 2014.

She is of Indian, German, Indonesian, Chinese, and Dutch descent.

She went on to compete in the Miss Universe 2014 beauty pageant and came in third place.

She has been romantically linked to Dutch soccer player Khalid Boulahrouz.

She was defeated by Paulina Vega in the 2014 Miss Universe pageant.

Yasmin Verheijen Is A Member Of