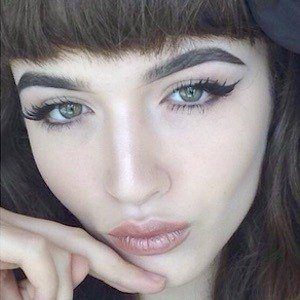 Moroccan-British YouTuber and Viner who began posting content to both video creation networks in 2015.

She has more than 60,000 YouTube subscribers and finished with more than 100,000 Vine followers.

She entered into a relationship with ComedyShortsGamer. Her dad is Moroccan and her mother is English. She has two younger twin brothers and a younger half brother.

She sang Amy Winehouse's "Stronger Than Me" for her first Vine video.

Yasmin Zbari Is A Member Of