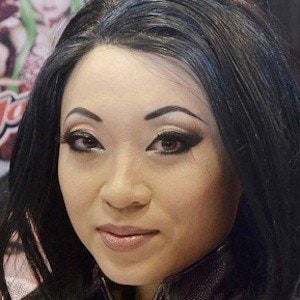 Model, cosplay entertainer, and costume designer known for her self-titled brand of cosplay merchandising. She has appeared as a guest, panelist, and performer at hundreds of cosplay events around the world.

She attended the Anime Expo in 1999 as a young fan of the anime art form. She has said it was here that she was inspired to create costumes, and implement her pre-existing creative disposition in that way.

She has made over 300 costumes in various genres that include anime, comic books, and video games. She has been featured as a guest judge in 2 seasons of the TBS competition TV show King of the Nerds.

Although born in China, she was raised in Wiesbaden, Germany.

She appeared alongside Chloe Dykstra on both the first and second seasons of the TV show Heroes of Cosplay.

Yaya Han Is A Member Of