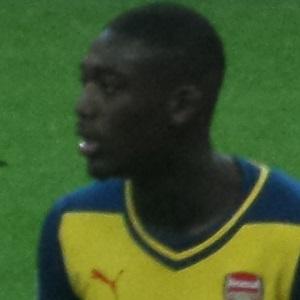 Striker who made his senior career debut in 2010 for Auxerre; on July 1, 2013, he signed a long-term contract to play for Arsenal in the Premier League.

He starred for France's U16 team, scoring 18 goals in as many appearances.

He was born and raised in Massy, France.

In 2013 he joined an Arsenal team led by Per Mertesacker.

Yaya Sanogo Is A Member Of