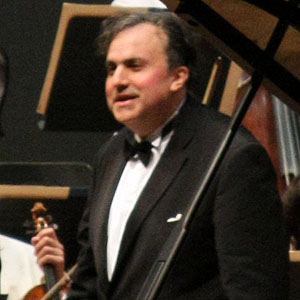 Award-winning pianist who has performed at the world's most prestigious venues, including Carnegie Hall. In 1997, he won a Grammy for his concertos with the Los Angeles Philharmonic.

He emigrated to Israel at the age of 15 and made his international debut with the Montreal Symphony Orchestra in 1975.

His older sister, Elizabeth Krupnik, was a professional violinist.

He played with composer Zubin Mehta as a member of the Montreal Symphony Orchestra.

Yefim Bronfman Is A Member Of