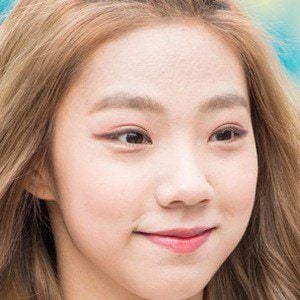 Korean pop singer and member of the 13-person K-pop girl group Cosmic Girls (aka WJSN) created by Starship Entertainment. She and some of her bandmates teamed up with the boy band Monsta X to form the project unit Y-Teen.

She joined Cosmic Girls in the second unit of the band's formation on December 17, 2015.

She and the Cosmic Girls won Rookie of the Year at the 2016 M! Countdown in China.

She was born Lee Jinsook but goes by the stage name Yeoreum.

She and Soobin were both members of the Cosmic Girls.

Yeoreum Is A Member Of