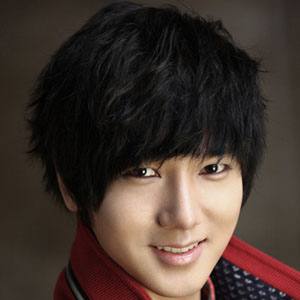 Best known as a member of a popular K-pop group called Super Junior, this vocalist and disc jockey also had a career as a stage actor, starring in such musical productions as Hong Gil Dong and Spamalot.

At the age of fifteen, he won a talent contest known as the Cheonan Singing Competition and subsequently became a member of S.M. Entertainment's training program.

In 2014, he joined an S.M. Entertainment singing group called S.M. The Ballad.

Born Kim Jong-woon, he grew up in South Korea's South Chungcheong Province as the older of two children.

He and Lee Sungmin have both performed with Super Junior.

Yesung Is A Member Of