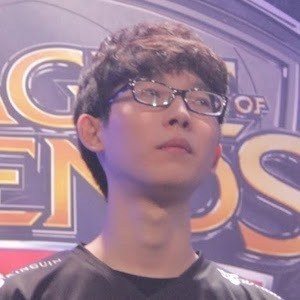 Professional League of Legends jungler who is known by his gamertag Reignover. He has gained popularity for his career with the famed eSports organizations Fnatic and Immortals.

He has gamed alongside Heo Seung-hoon while he was a member of Team Fnatic.

Yeu-jin Kim Is A Member Of