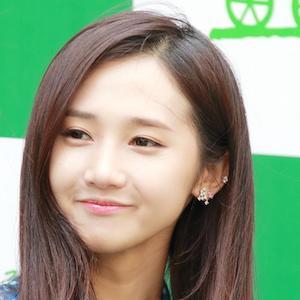 Pop star who first entered the spotlight as the lead vocalist of the K-pop girl group Hello Venus. She left the band in 2014 and immediately began pursuing an acting career, appearing in such television dramas as Golden Rainbow and Super Daddy Yeol.

She attended the famous Seoul Music High School, where many other famous Korean musicians have also gone. Before debuting with Hello Venus, she was a member of the training program Pre-School Girls.

She was cast as the female lead in the Japanese stage musical Moon Embracing the Sun in 2011.

She and Yeoreum are both former members of Hello Venus.

Yoo Ara Is A Member Of