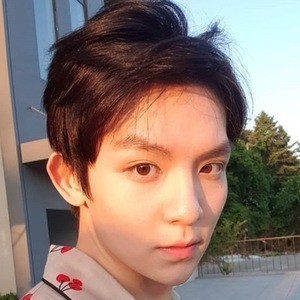 Lead dancer and a vocalist for the K-pop group Teen Top that made their debut with a single called "Come into the World."

He began acting when he was a child. He had roles in 2006's Looking For Dorothy and 2014's Entertain Us.

He attended the Seoul School of Performing Arts before enrolling at Hoseo University.

He has two older brothers, one of whom is AlphaBAT's E:psilon.

He was a member of Teen Top alongside Ahn Daniel.

Yoo Chang Hyun Is A Member Of