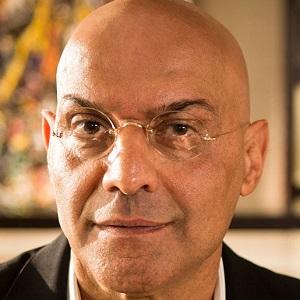 Businessman and entrepreneur who landed a reality show on the Reelz Channel called Beverly Hills Pawn. He would become known as the "pawnbroker to the rich and famous."

He served in the Israeli Army, working as an intelligence officer.

He opened the pawnshop The Dina Collection in Beverly Hills.

He was born in Israel and raised on a kibbutz. He also lived in Paris before relocating to Los Angeles, California.

Floyd Mayweather, and are among his notable clients.

Yossi Dina Is A Member Of