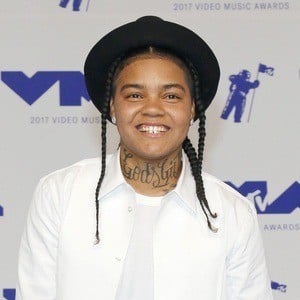 Growing up, she was never the girly girl and even played football. She began dropping tracks on YouTube in the summer of 2013, songs that included "Levels," "Kold World" and "OG Bobby Johnson."

Her real name is Katorah Kasanova Marrero. She was born and raised in Brooklyn, New York.

Young M.A Is A Member Of