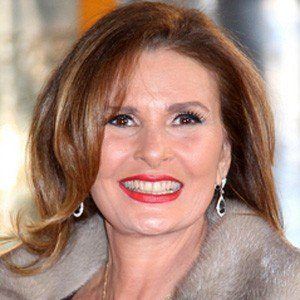 Egyptian actress and singer who became known as a glamour icon in the Middle East. She has appeared in over 30 films and a number of TV shows as well.

She first appeared on screen in the 1977 film Alf Bosa Wi Bosa (Thousand Kisses and A Kiss).

She released her first album in 2002.

Her brother-in-law, Hesham Selim, is also an actor.

She co-starred with Adel Emam in the 2009 film Bobbos.

Yousra Is A Member Of