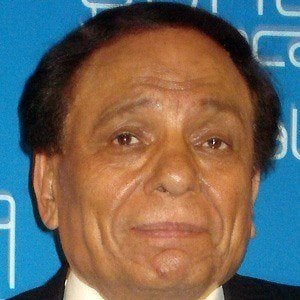 Egyptian actor who appeared in the film The Yacoubian Building. He played six roles in the 2013 film, The Fortune-teller. He won the International Jury Award at São Paulo International Film Festival in 2018.

He attended Cairo University where he earned a degree in agriculture.

He was selected by the United Nations to be a Goodwill Ambassador in 2000. He played the title character in the 2020 TV series Valentino.

He had three children with his wife Hala Al Shalaqani.

He has worked with Omar Sharif.

Adel Emam Is A Member Of