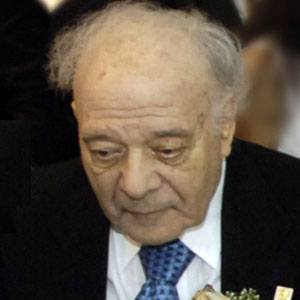 An American physical chemist who won the Nobel Prize in Chemistry in 1985 for his work analyzing crystal structures. He was also the president of the American Crystallographic Association in 1972 and was elected to the National Academy of Sciences in 1976.

He met his wife at the University of Michigan in 1940.

He worked with his wife on the Manhattan Project, where they helped develop the first Atomic Bomb during World War II.

He had three children with his wife Isabella Helen Lugoski after they married in 1942.

Like Albert Einstein, he is a Jewish scientist who worked on the Manhattan Project during World War II.

Jerome Karle Is A Member Of