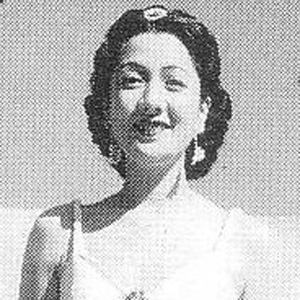 Japanese actress who starred in the 1951 film, The Lady of Musashino, and the 1956 film, A Slope in the Sun.

She joined the Takarazuka Revue in 1931 after leaving high school. After leaving the company in 1937, she made her debut as Otsu in the production, Musashi Miyamoto: Earth Scroll.

She released a hit song, "Otsukai wa jitensha ni notte," which became the theme song for Hanako-san in 1943.

She was married to Masahiro Makino from 1940 to 1950 and they had a son named Masayuki.

She and Fujiko Yamamoto appeared in separate Sleepy Eyes of Death films.

Yukiko Todoroki Is A Member Of