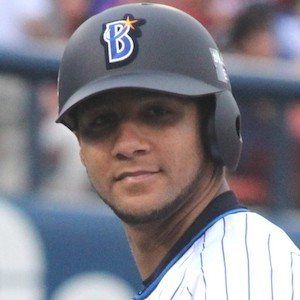 Professional baseball player who is recognized for having played the first base position for the Houston Astros of the MLB. In 2017, he helped lead the team to the franchise's first ever World Series win.

Prior to relocating to the United States, he played in the Cuban National Series.

He was suspended from the first five games of the 2018 season for making an offensive gesture.

He has two siblings Lourdes Gurriel Jr. and Yuniesky Gurriel.

Both he and Justin Verlander played for the world champion Houston Astros.

Yulieski Gurriel Is A Member Of