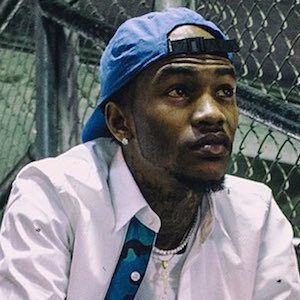 Atlanta rapper who signed with T.I.'s label Hustle Gang. He joined two other Hustle Gang artists in forming the group D.O.P.E. Their song "Harry Potter" was featured on T.I.'s 2012 mixtape.

Yung Booke was a local rapper whose performances caught the attention of T.I., who was, at the time, serving an 11-month jail sentence. When T.I. was released, he signed the young rapper to his label.

In an interview, he said his rap career started when he and some friends got into an altercation with some people at school, and the two groups proceeded to write diss tracks about each other.

Along with being signed to his label, Yung Booke has collaborated on songs with T.I.

Yung Booke Is A Member Of