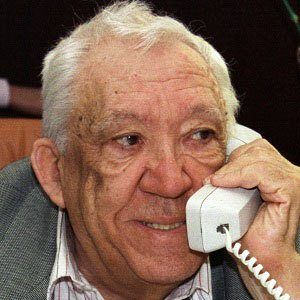 A widely popular Russian actor and clown in Soviet Russia, he starred in many popular films including Brilliantovaia Ruka (Diamond Arm), and 12 Stulyev (12 Chairs). In 1973, he was awarded the title of The People's Artist of the USSR, and he received the Order of Lenin, both in 1980 and 1990.

In 1990, he was given the Hero of Socialist Labour award.

His mother was a garage supervisor and his father was a satirical playwright, which influenced him to become an actor.

He was often regarded as the Russian counterpart of silent comedian Buster Keaton.

Yuri Nikulin Is A Member Of