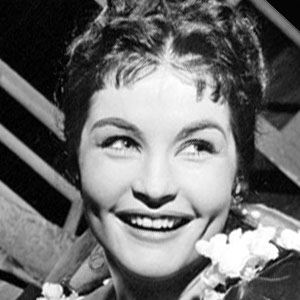 Known best for her role as Emma in the 1960 film La Dolce Vita, this French-born actress also appeared in The Dark Avenger, Night Train to Milan, The Count of Monte Cristo, and other Italian, English, and French feature films.

After studying in the modern languages department at St. Hilda's College, Oxford, she made her screen debut in the 1952 British movie Meet Me Tonight.

After retiring from acting in the 1980s, she settled in Lausanne, Switzerland.

Born Elisabeth Yvonne Scatcherd in Roubaix, France, she relocated to England in her late teens. Her marriage to Jaques Natteau ended with his death in 2007.

Yvonne Furneaux Is A Member Of