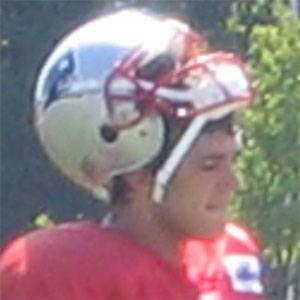 Former Oklahoma State starter has been a backup quarterback for the Seahawks, Lions and Cincinnati Bengals.

He was a triple threat on the Chatfield Senior High School's offense passing for 1,400 yards, rushing for over 1,000 and receiving for over 800 yards.

He was the Insight Bowl MVP during his 2007 season as the leader of the Oklahoma State Cowboys.

He is the son of Myra and Russ Robinson.

He connected with receiver Dez Bryant for over 1,400 yards during Oklahoma State's 2008 season.

Zac Robinson Is A Member Of