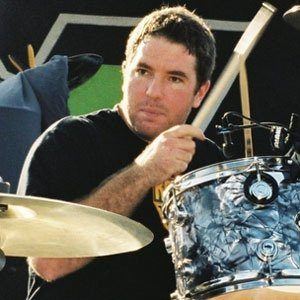 Drummer of the punk rock band, Jimmy Eat World. His band gained fame through their hit single "The Middle," which reached #5 on the Billboard Hot 100 chart and gained significant airplay on MTV and other known networks.

He and his childhood friends formed Jimmy Eat World in 1993.

Their band had several hits, including "Lucky Denver Mint" which gained a cult following and being featured in the film Never Been Kissed.

He and Jimmy Eat World band members are all from Mesa, Arizona.

His band was named after frontman Jim Adkins.

Zach Lind Is A Member Of