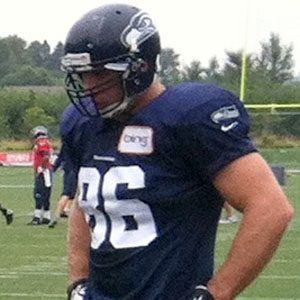 Former NFL tight end who played for the Oakland Raiders from 2007-2010; he signed with the Seattle Seahawks in 2011 up until his retirement in 2014.

He was an All-American during his senior season at Arizona State University.

He had a Pro Bowl-caliber season in 2010 with 60 receptions and five touchdowns.

He was born in Tempe, Arizona; he attended Altadena Middle School and Desert Vista High School.

Zach Miller Is A Member Of