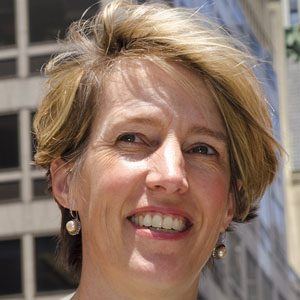 This Fordham University law professor also served as director of the non-partisan Sunlight Foundation (an organization established to promote government transparency). She entered politics in 2014 as a candidate for the New York gubernatorial race's Democratic nomination, but was ultimately defeated by Andrew Cuomo.

After graduating from Yale University in 1993, she earned both a master's degree in political science and a Juris Doctor (law degree) from Duke University.

When not teaching or running for office, she acted in numerous professional stage productions at Vermont's Unadilla Theatre.

She grew up on a Vermont farm and later settled in New York City.

She served as Director of Internet Organizing for the 2004 campaign of Democratic presidential hopeful Howard Dean.

Zephyr Teachout Is A Member Of