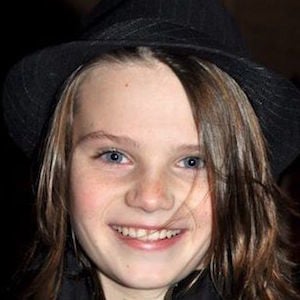 French actress who gained fame for her dual roles as Laure and Mickäel in the 2011 film Tomboy. She has also acted in the 2007 TV short Sur le fil as Laurie Masset.

One of her first roles was as Mimi in the TV movie Les amis de Mimi in 2006.

She worked as a co-producer on the 2016 short film Taro.

She hails from Seine-et-Marne in France.

She has worked as a film actress in France like Lea Seydoux.

Zoe Heran Is A Member Of