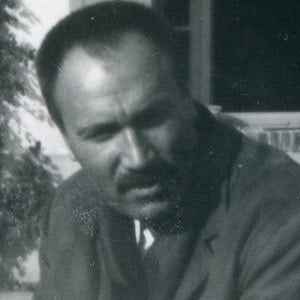 Slovenian painter whose work was exhibited internationally in more than forty galleries. He was named Commandeur des Arts et des Lettres in Paris in 1981.

He attended the Academy of Fine Arts in Zagreb. He spent time in the Dachau concentration camp after being arrested by Nazi German forces in November 1944.

He was the winner of the grand prize for graphic art at the 1956 Venice Biennale. In 1991, he was awarded the prestigious PreÅ¡eren Award for lifetime achievement in the arts.

His father was a school headmaster, and his mother was a teacher. He married Ida Cadorin-Barbarigo in 1949.

He was a contemporary of Spanish surrealist artist Salvador Dali.

Zoran Music Is A Member Of