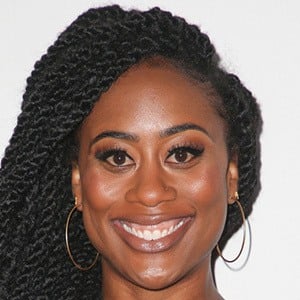 Actress who rose to critical acclaim for her role as Malika Williams on the Freeform TV comedy-drama Good Trouble. She debuted during the series' pilot episode in 2019.

She graduated from Spelman College with her BA in drama. She later studied abroad at the British American Drama Academy before earning her MFA in acting from UCLA.

She was profiled for her work on Freeform's TV series Good Trouble in Essence Magazine in June 2019. She also appeared in the 2016 TV film Plenty.

She has starred alongside Maia Mitchell on the popular Freeform TV series Good Trouble.

Zuri Adele Is A Member Of