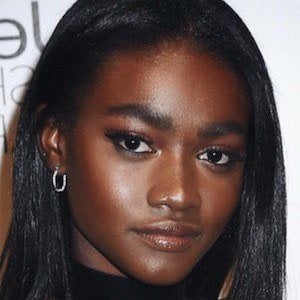 American model who has worked for Victoria's Secret. She has also appeared in Vogue Japan and Vogue Italia.

One of her earlier modelling jobs was posing for Teen Vogue in January 2012.

She has a Pomeranian named Migo and is based in New York.

Zuri Tibby Is A Member Of