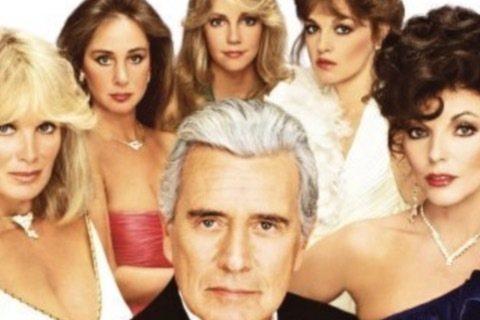 Series centering on the two feuding families, the Carringtons and the Colbys, both oil rich families in Denver, Colorado. It was created by Richard and Esther Shapiro and nominated for a Golden Globe Award for Best TV Drama Series every year from 1981 to 1986, winning in 1983.

The show was nominated for 24 Emmy Awards, but only won once for Outstanding Costumes for a Series in 1984. It was conceived by ABC to compete with CBS' Dallas. It spawned a spin-off called The Colbys, and the original show was rebooted in 2017 by The CW (Dynasty).