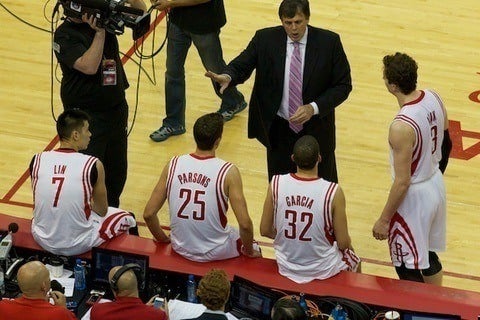 Originally the San Diego Rockets, the franchise moved to Houston in 1971. They won back to back NBA titles in 1994 and 1995.

The team paired legendary seven-footer Hakeem Olajuwon with the 7'4" Ralph Sampsonn in the 1980s and the two centers earned the nickname the "Twin Towers."