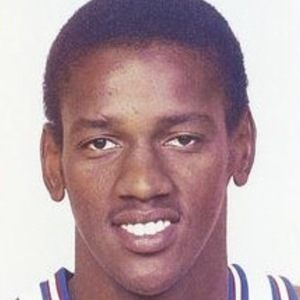 6'10" power forward/center who played in the NBA for 17 seasons with eight different teams, most notably the Houston Rockets from 1988 to 1995.

He had a distinguished collegiate career playing for the Providence Friars.

He played alongside forward Grant Hill for two years on the Detroit Pistons.

He married Donella Thorpe in 1992.

He played alongside All-Star center Hakeem Olajuwon on the Houston Rockets.

Otis Thorpe Is A Member Of