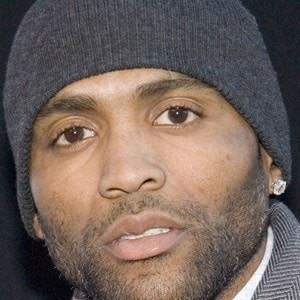 NBA shooting guard known for his jump shot and best remembered as a member of the Houston Rockets from 1998 to 2004. After his time in Houston, he would play for the Orlando Magic, the Sacramento Kings and the Los Angeles Clippers before retiring in 2008.

He led the University of Rhode Island basketball team to an Elite Eight appearance during the 1998 NCAA Tournament.

He and point guard Steve Francis combined to make a high-scoring backcourt for the Rockets, and they were both dealt to the Orlando Magic in a 2004 trade that sent to Houston.

Cuttino Mobley Is A Member Of