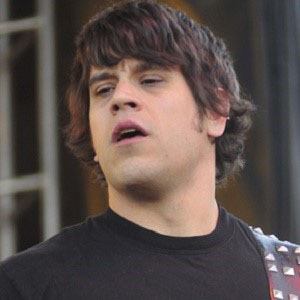 Bassist best known as a member of the Canadian punk rock band Billy Talent. Since the band's formation in 1993, he and its members have enjoyed much success in their native Canada, releasing Platinum albums like Billy Talent and Billy Talent II.

He grew up in Streetsville, Ontario and began playing bass at age 12. He met the other members of Billy Talent at Mount Carmel Catholic Secondary School, where they played together under the name Pezz.

He has taught jazz bass at Humber College in Toronto.

His son Xavier was born in October 2007.

he has been longtime bandmates with singer Benjamin Kowalewicz.

Jonathan Gallant Is A Member Of