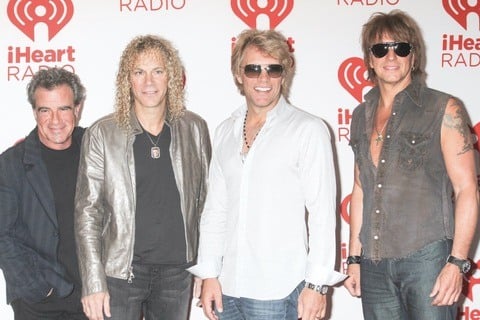 American rock band helmed by lead singer Jon Bon Jovi. They released a string of number one hits during the 1980's, including karaoke mainstays such as "You Give Love a Bad Name" and "Livin' on a Prayer." As of late 2020, the band had sold more than 100 million records worldwide, making them one of the most successful American rock bands of all time.

They were inducted into the Rock and Roll Hall of Fame in 2018. The band's Bon Jovi 2020 Tour was cancelled due to the Coronavirus pandemic.