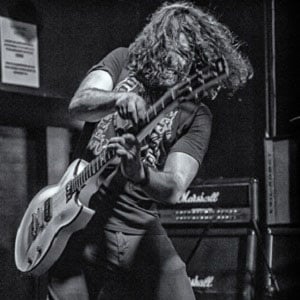 Renowned Canadian session guitarist most famous for his work with artists like Alice Cooper and Rob Zombie. Apart from his session work, he has been a member of the bands Powder and The Drills.

He was born in Toronto and originally formed the band Sidinex in 1982.

He was featured in the behind-the-scenes footage for the film Josie and the Pussycats showing the actresses in the movie to how to appear to be playing guitar.

He wrote the song "Tired" for Tommy Lee's solo album Tommyland: The Ride.

Phil X Is A Member Of