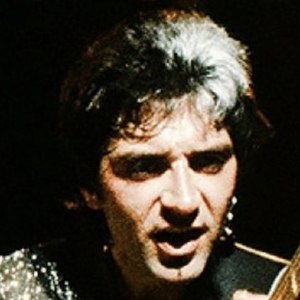 Former bassist for the group Bon Jovi who was fired from the group after revealing band secrets to the press. He played as their primary bass player for 11 years, from 1983 to 1994. When the band was inducted into the Rock & Roll Hall of Fame in 2018, so was he.

He joined Bon Jovi to play bass on their first two albums, after which he was only a live performance musician.

After he gave an interview to journalist David Ling about some sensitive 'family information,' Jon Bon Jovi asked Such to leave and then tried to sue Ling for slander. In 2022, he died at the age of 70.

He was born in Yonkers, New York.

Richie Sambora, Bon Jovi's lead guitarist, had a different take on Such's departure, saying it was caused his his inability to keep up with Jon's demands.

Alec John Such Is A Member Of