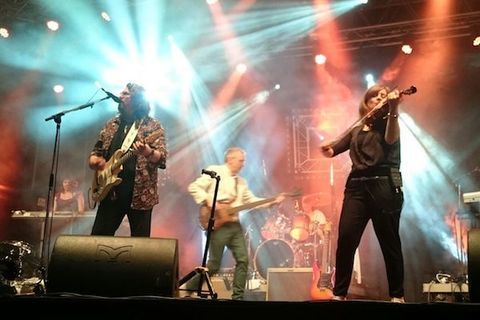 They did the soundtrack to the Olivia Newton-John led musical film Xanadu.