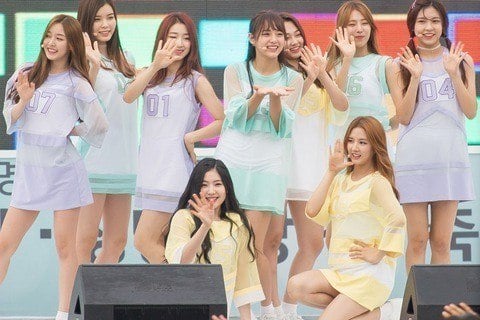 South Korean girl group formed by Jellyfish Entertainment. They debuted with the mini-album Act. 1 The Little Mermaid and its title track "Wonderland."

The name of the group was also stylized as gu9udan or gx9. Members of the group were introduced on the survival show Produce 101. The group disbanded on December 31, 2020