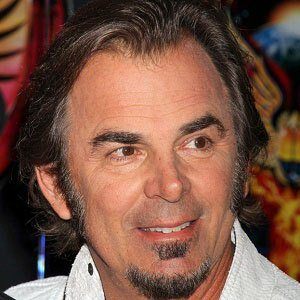 American musician who has worked with The Babys, Journey, and Bad English. In 1977, he started his solo with the debut LP Windy City Breakdown.

He started learning accordion at age eight and piano as a teenager, which led to performances in local clubs and at parties.

He released eight solo albums in addition to his work with bands.

He was married once before marrying Elizabeth Yvette Fullerton in 1989 and they have three children.

He was in the band The Babys with John Waite.

Jonathan Cain Is A Member Of