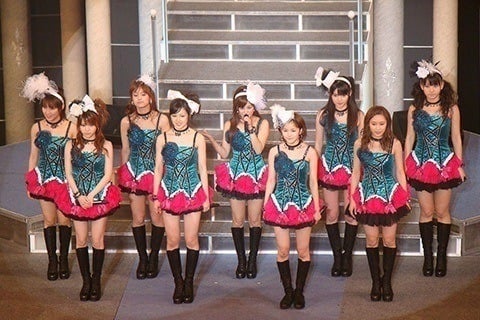 Colloquially referred to as Momusu, this Japanese female idol group was formed by recording artist turned producer Tsunku. They won the Billboard Japan Award for Active Artist of the Year in 2013.