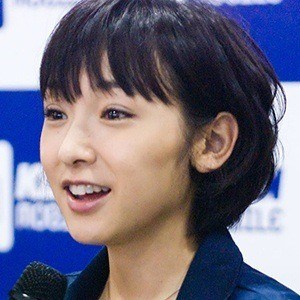 Pop star most famous for being a member of the Japanese girl group Morning Musume as well as a founding member of the band Minimoni. She is also an actress who has starred in such films as Kung Fu Chefs (2009) and The Haunting Lover (2010).

She won an audition to become a member of Morning Musume at age 12.

She set the Guinness World Record for the largest hula hoop ever spun at 4.08 meters.

She married Haruhiko Kago and has a daughter named Minami.

She and Eri Kamei have both been members of Morning Musume.

Ai Kago Is A Member Of