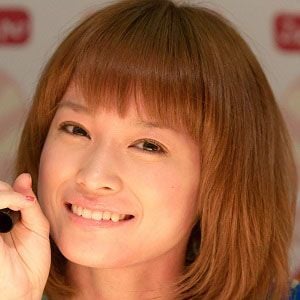 Japanese singer who became a member of the sixth generation of the pop group Morning Musume in 2003 and graduated from the group in 2010. During her time in Morning Musume she was a regular on the variety show Hello! Morning, on which she had her own segment.

She was born in the Arakawa ward of Tokyo and participated in the Morning Musume Love Audition in 2002. Her first appearance with the group was on the single "Shabondama."

She appeared as Stepsister Portia in Cinderella the Musical in 2008.

She and Sayumi Michishige are both sixth generation members of Morning Musume.

Eri Kamei Is A Member Of