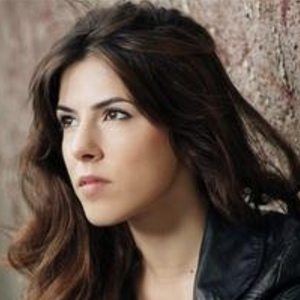 British singer and actress who is best known for her performances in different stage productions. She has performed in productions of Six the Musical as well as Aladdin and Legally Blonde. She is also known for having released her own solo album Step Inside Love in 2016.

She started hr career in theater in the early 2000's, making her acting debut a production of Zorro The Musical. She then released her first solo album of singing in 2017. In 2018, her song "I Feel the Love" made it to the finals of the Eurovision You Decide competition.

She is known for having won the BBC Voice of Musical Theater award in 2006.

She was born and raised in London, England and is known for having been in a relationship with fellow stage actress Genesis Lynea. She has had dogs named Wolfie, Magic, and Roxie.

She is also known for having served a a background vocalist on the Michael Ball show.

Aimie Atkinson Is A Member Of