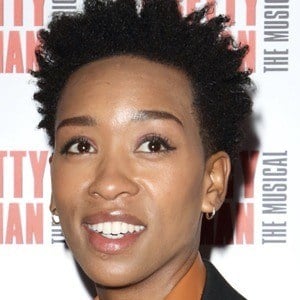 Actress who began playing Maddie Harper on the British children's musical series 4 O'Clock Club in 2018. She is also widely known for her theater work, having starred in such plays as Collective Rage and The Wild Party.

She was raised in London, England, where she attended Arts Educational Schools. There, she earned a BA in Musical Theatre.

She is an accomplished dancer who co-founded the krumping dance troupe known as The Krump Crew. In 2022, she took on the role of Sam in the HBO series The Baby. In 2018, she released a single titled "Wild (Acapella)" on Spotify.

She has a younger brother. She has dated Aimie Atkinson. Her mother was an actress.

She was cast alongside Simon Lowe on 4 O'Clock Club.

Genesis Lynea Is A Member Of