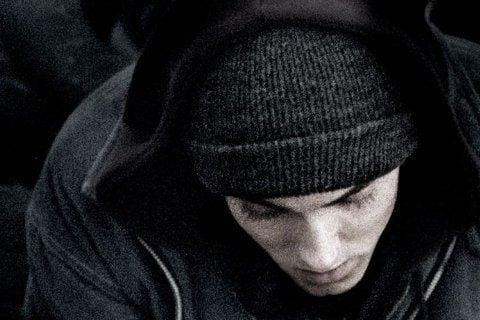 A young rapper, Jimmy "B-Rabbit" Smith, tries to make it big in Detroit. The film is largely based on rapper, Eminem's career and up-bringing.

The movie is titles after the 8 Mile Road that separates a predominately black and white community in Detroit, Michigan. Eminem won the Academy Award for Best Original Song that premiered in the film.