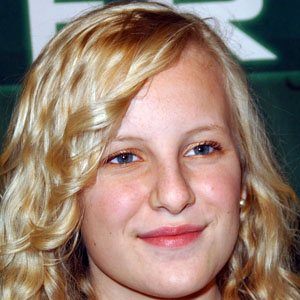 American actress best known for her role as Sarah Riley on the television series E.R. She also played Lily Smith alongside Eminem in the film 8 Mile.

She was just seven years old when she was cast in 8 Mile, her first film role.

She acted in the music video for "Alive With the Glory of Love" by Say Anything.

She grew up in Bloomfield Hills, Michigan, and moved to Los Angeles to pursue acting. She was born to Bryce and Kim Greenfield and has a sister named Erica.

Chloe Greenfield Is A Member Of