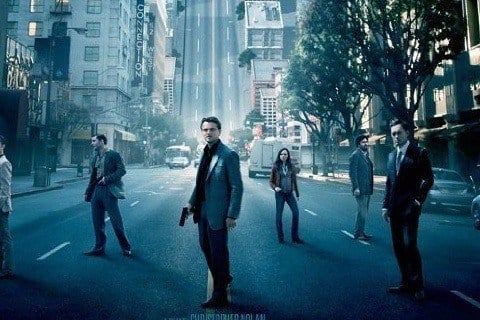 Christopher Nolan film about a thief who attempts to plant an idea in a businessman's mind by entering his dreams. The film won four Academy Awards.

The movie was filmed all over the world including Japan, Morocco, Canada, France, England, and the United States. Actor Joseph Gordon-Levitt performed most of his stunts in the film.